The Vampire Next Door 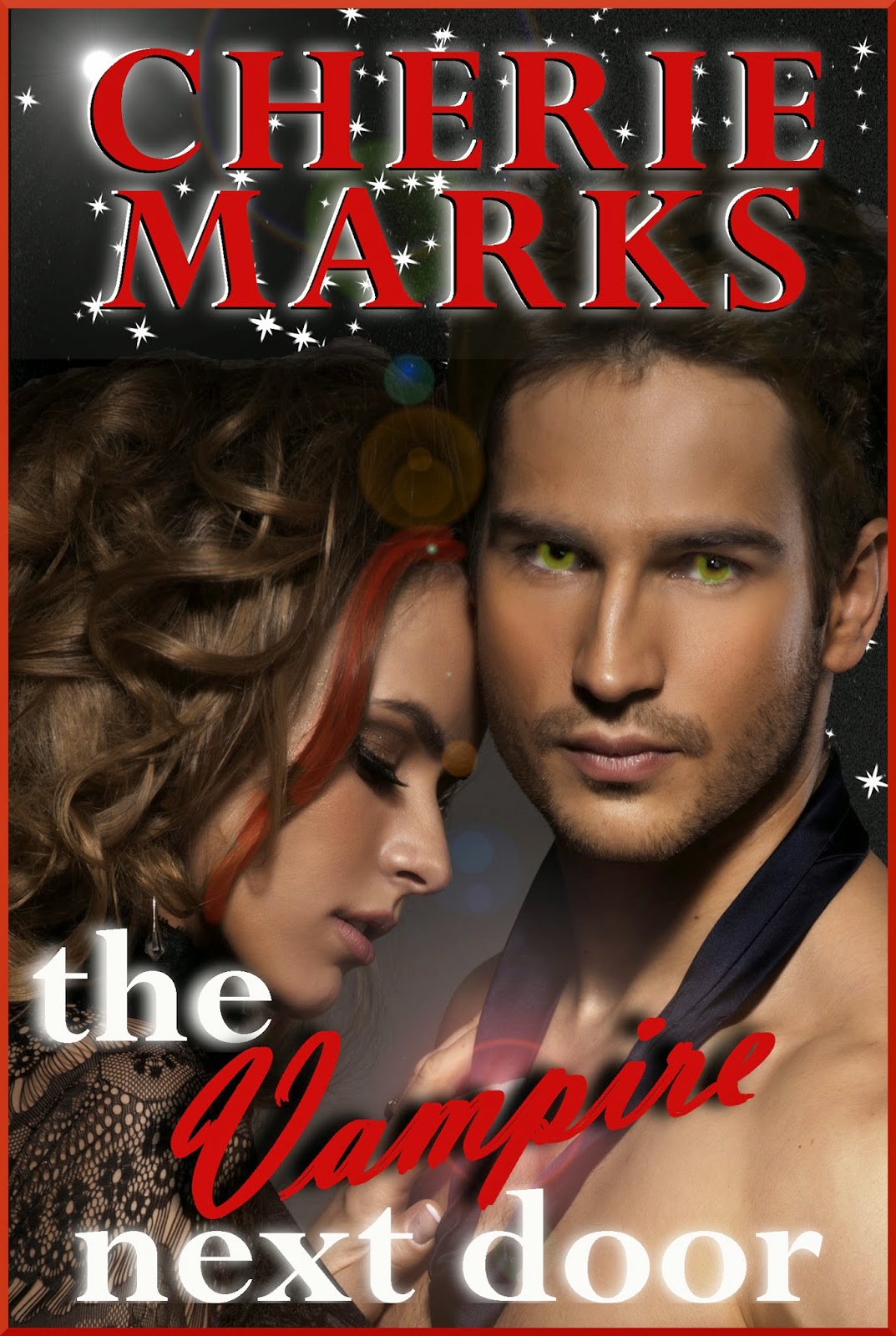 For Mia Alexander, the world is getting hotter—literally. Not only is she slathering on gobs of sunscreen, but she’s developed a ravenous desire for rare meat. As if not strange enough, a freaking hottie-like-no-other just moved in next door and can’t seem to keep his gaze off of her.

Campbell Reid has wandered this earth as a vampire for a long time, but since the tragedy of his family’s death, he’s perfected an unbreakable control—until he encountered his latest target. His mission from The Supernatural Council is to protect her from other vampires as she transitions and from a mysterious, emerging threat. But can he protect her from himself?

Things heat up as the danger closes in, and Campbell fights by her side as The Vampire Next Door.

Mia Alexander woke, hands around her neck. They were her own and there to protect against an attack, guarding her exposed skin from some unknown horror. Yet, she recognized there wasn’t any real threat near her. A quick glance around reassured her she was still in her bedroom and seemed to be completely alone.

She dropped her hands to her sides, using them to brace herself on the mattress below her and sit up, slick droplets of sweat sliding down her torso. Another nightmare. She’d had another nightmare. One just like the others where she fought for her life against dark figures she could never quite bring into focus. And as before, she’d reacted in real life, trying to protect herself against the acts going on in her dream world. These vivid dreams were driving her crazy.

A quick look at the red glow of the clock showed 2:34 A.M., the same time she always woke when she had the nightmare. An odd coincidence, surely, but not one easily explained away. Something was off in her brain, and it was beginning to affect her everyday life.

She’d researched the heck out of repetitive dreams, specifically about ones in which the dreamer was attacked, but all she’d figured out was that she might have trust issues with the people around her or she might be beating herself up over recent experiences. Well, duh! Either way, with such vague answers, she was pretty sure dream interpretation was a throw-a-dart-at-the-wall kind of science, and she’d better look for answers elsewhere.

The t-shirt she’d worn to bed stuck uncomfortably to her skin. She threw the covers back, deciding to change before attempting to drift back to sleep. As she rose, a feeling she was being watched raised the hairs on the back of her neck. Using the scant light from the streetlamps and the moon shining through the closed French doors that when opened led to the tiny balcony outside, she scanned the bedroom. Nothing seemed out of the ordinary. She shook off the sensation, feeling a little silly. Must just be a remnant of the nightmare.

She turned to the oak wood dresser and pulled another shirt from the top drawer. With careful movements, she peeled the damp shirt she wore over her head. Thank goodness she’d gone braless tonight. One less piece of sweat-dampened laundry to worry about.

She jerked her head up at a low, strangled sound behind her and covered herself quickly as the cool night air cascaded through the now open door to the outside. She caught a glimpse of a shadow exiting and took two steps back toward her closet as the figure turned one last time before disappearing over the rail of the balcony. Her instincts had been on target, and she didn’t have a weapon. Why didn’t she have a weapon? There had been someone in her room. From the tall, broad frame, over six feet at least, it had to have been a man. And son of a beezy, she’d undressed in front of him. Eeeewww!

Mia swallowed a few times and waited, paralyzed. After a few moments, she realized the intruder was truly gone and crossed to the open door to search the grassy area below, but nothing stirred. Whoever it was seemed to disappear in the blink of an eye, but he’d left a trace of himself behind. A rich, spicy aroma, a sensual promise in its very essence, still floated in the air and tickled her nostrils. She paused, processing the enticing smell, committing it to memory. Her skin sizzled and electric fingers slipped down her spine, spreading through her mid-section. Surprised by the intensity of her reaction, she worked to slow her breathing and stepped back into her bedroom. She closed the door and turned the deadbolt, watching the metal slip into the casing to be sure it was locked. Nervous energy fired through her as she stood in the dark trying to understand what had just happened. Someone had been in her bedroom while she slept. Tune her guitar to freaked-the-hell-out. That shit was scary.