The Fae Next Door 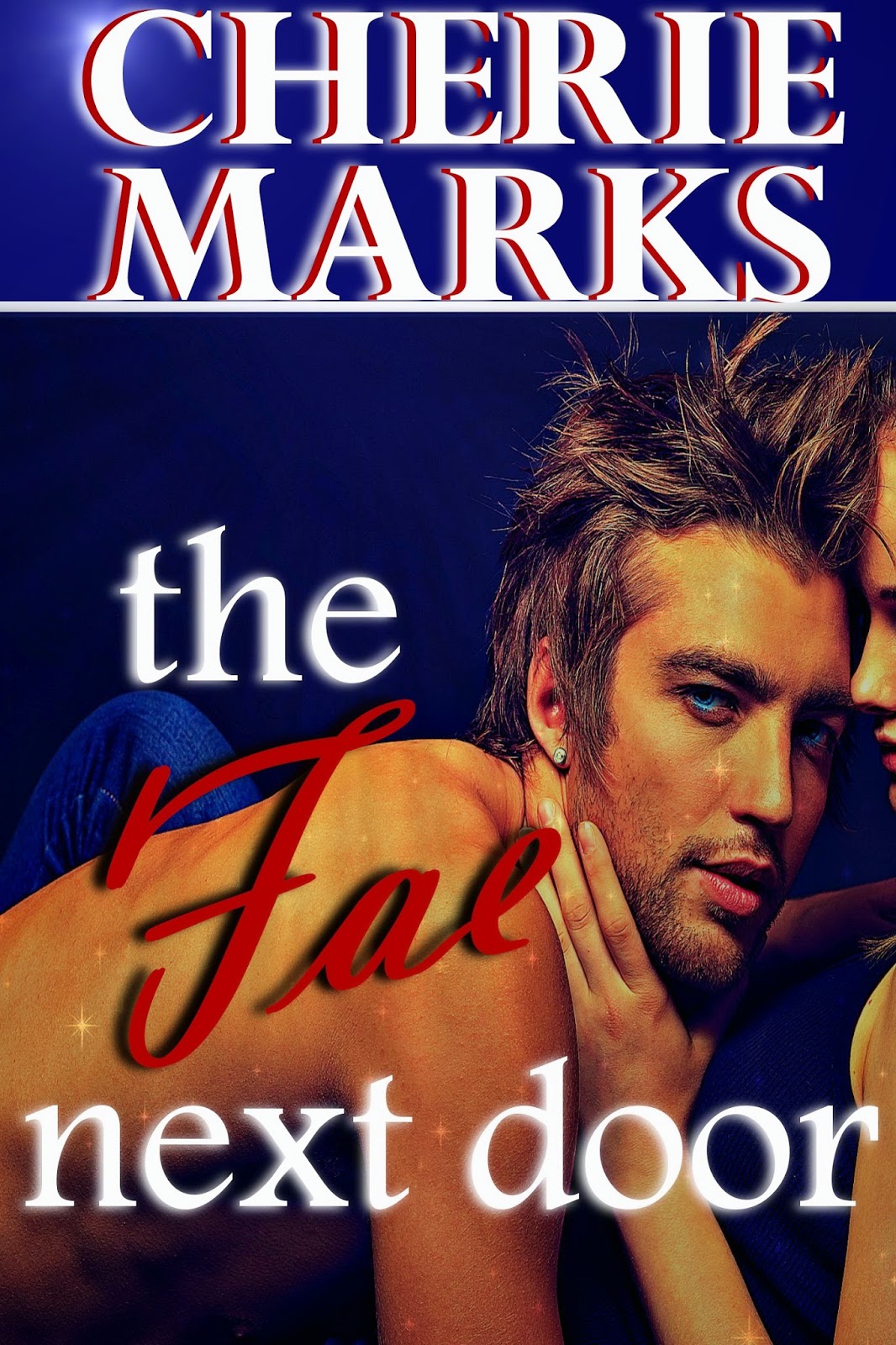 Cade Lanter is no ordinary being. The son of a human policeman and a Queen of the Fae, he lives in the mortal world for now. When an enemy of old threatens the balance of both the human world and Eiru, Land of the Fae, he must fight the would-be usurper in the human realm. Of course, that might require more focus than he can muster lately since a certain, sexy neighbor keeps him distracted.

Over the past month, since he’d moved in, they’d spoken several times. They’d even become a little close, and as far as men went, he was a Louisville slugger among broomsticks. Her last disastrous relationship had brought her to a momentous decision. Every woman deserved a good man, even her. Of course, she had to get his attention first. She should probably just say hi, but each time she spoke with him, she was afraid the intense attraction she fought so hard to hide would shine big and bold in her eyes. And that would ruin the fun for everyone, especially since he’d clearly put her in the friend-only zone and would probably run screaming in the opposite direction if he knew her feelings had moved way beyond that.

Had the darkness found a way inside? A haunting was completely out of the question, wasn’t it? Or was she going completely crazy? Note to self: head-check, not a bad idea.

She picked up the cereal and glanced around cautiously before setting the box into the cabinet and closing it. She carefully closed all the doors and went back to pulling groceries from the bags. Nothing else strange happened the rest of the morning, but the damage was done now. Now, she was sure something was off, like off inside her. So unfair. She’d met the man of her dreams, and now she was losing her mind. Wasn’t that always the way it went?

Loved the ending line. I laughed out loud. Great excerpt. I love your writing. It's just so flawless.
Teresa

takes you right into the book realm.. cant wait for more

Couldn't put it down! Loved it and waiting for more