Re-released just for you! My crazy, wonderful stories in the Wicked Hearts book series are now available everywhere.


Wicked Is As Wicked Does 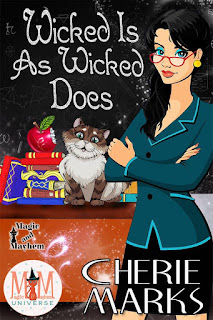 I know exactly how to be a bad girl:

1. Be born that way
2. Have notorious parent
3. Be real witch to everyone.

But, I've got to be good now because in between teaching Chemistry at the local high school in Assjacket, West Virginia, I have to save all humanity from the forces of evil and…blah…blah…blah…keep the Halloweeneedtokissourassesgoodbye apocalypse from happening. With the help of an off-the-charts, smoking hawt instructor/boss, I might just have a fighting chance—if I can stop drooling over his naked chest. Dane Calvin agreed to teach me how to use my abilities responsibly, but he's never met a witch as hard-headed as me. And, of course, it doesn't help that the last time I used my powers it ended in tragedy, so forgive me if I'm a little magic gun-shy.

I might be made for wicked things, but when he's watching, I've got to be good because Wicked Is As Wicked Does.

Show Me the Wicked 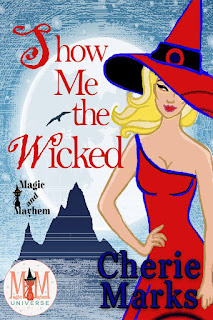 Carrasandra Reed knows life has dealt her a raw deal. Now, she's in Assjacket, West Virginia to make things right. She's got to find a way to get her hands on an impossible-to-find stone, and the best plan she's got is to fake amnesia until it surfaces. Just one little kink in the con. The gorgeous panther-shifter, Finn Bryant, isn't buying her act one bit. He's on to her, but she'd rather he get on top of her and make all her troubles fade away.

With a little bit of lu...no...strike that...no need to go there. With all her skill and con-artistry, she might just be able to pull off the greatest con of her life, free herself from her misery, and give herself a chance at happiness. 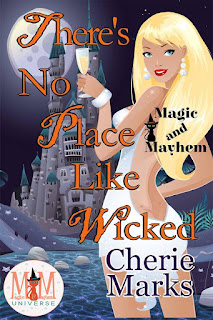 Nothing pleases Toricellia "Celia" Henderson more than hanging out with friends, giving brilliant snark, and hiding her true identity. She's a bobcat shifter who hasn't shifted in years due to the whole nobody-can-know-who-she-is situation, but she can't deny her best friend's request to locate a treasured stone while in her bobcat form. Unfortunately, now people know her location, and a wild prince named Ethan is chasing her through the forest and looking too hot to handle--and he knows exactly who she is. She's his mate.

Now, a powerful someone is steering them toward the kingdom of Wicked where an ambitious, warlock cockalorum is trying to take over. They'll have to work together to save the ones they love and to set things right. Magic and mayhem ensue as these two learn there's nothing like having a partner in crime and There's No Place Like Wicked.

Get ready for some Magic and Mayhem because it's going to be a wild and wonderful ride you won't want to miss.

See all the awesomeness for yourself at www.magicandmayhemuniverse.com