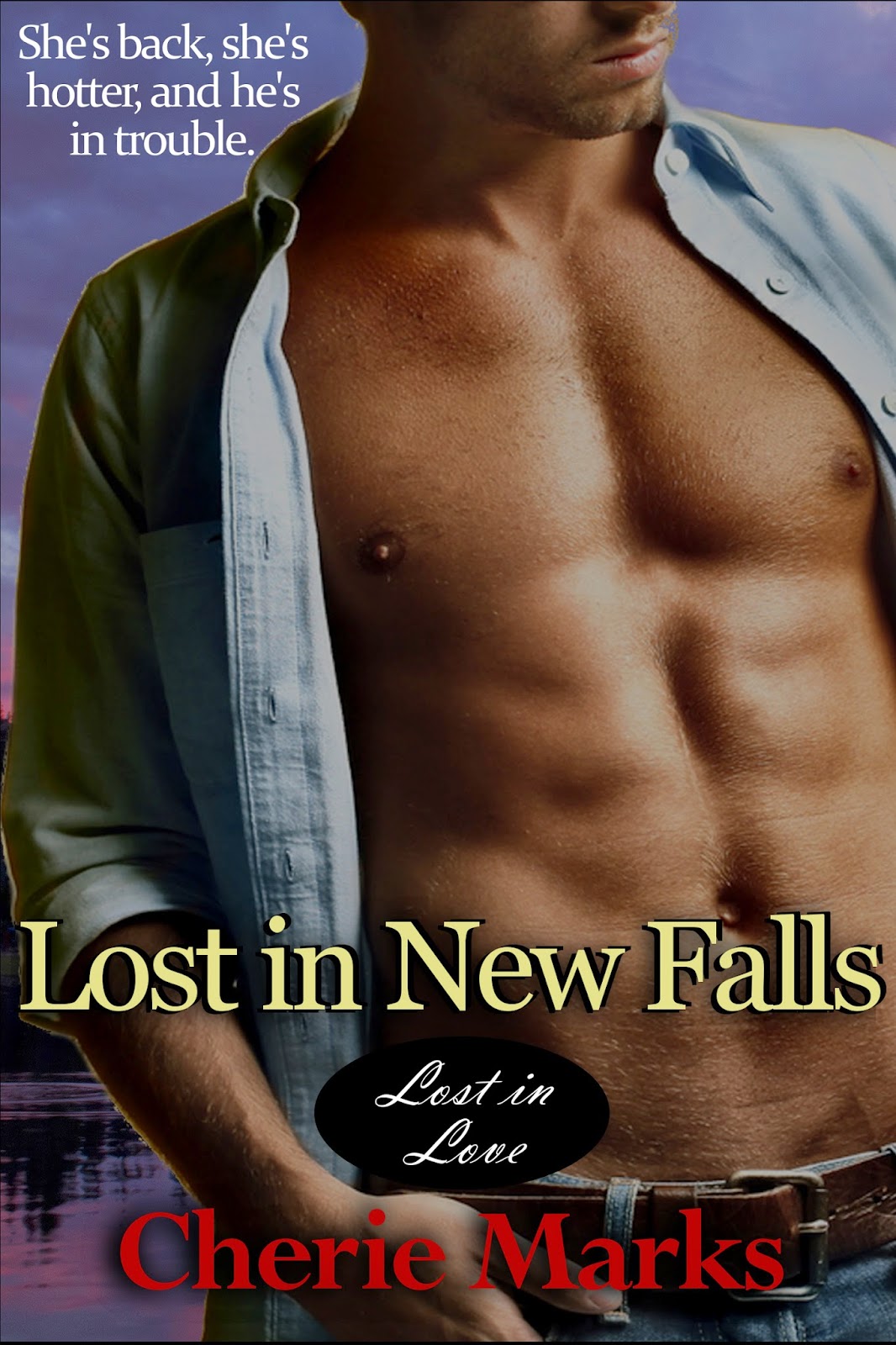 
Twenty-eight-year-old, former fat-girl, Kate Delaney left New Falls, Tennessee, heartbroken and determined to be a screenwriter.  She’s spent ten years in Los Angeles, but is back, fifty pounds lighter, California hotter, and she’s written The End on a screenplay, which a Hollywood mega-producer believes is movie magic.  Just one problem—a nerve-nuking thief absconds with her laptop, attached USB back-up, and the contents of her underwear drawer, and just in case that wasn’t enough, the heart-breaker from ten years ago just walked through the door wearing a sheriff’s badge and looking more hormone-carbonating than ever.

Quentin Taylor likes the new and improved Kate, but to be perfectly honest, his feelings aren’t new.  Unfortunately, when a teen-aged Kate bloomed, her older brother Reese established a no-look, no-touch, no-anything else rule.  Quentin figured it was the anything else that worried him most.  She’d been attractive then.  Now she was near irresistible, and he wanted to know one thing.  Did Reese’s dictate still stand?  Of course, he has more pressing problems—a meddling, matchmaking mother, a gossiping dispatcher/receptionist with an obsession for the color orange, and a small-town burglar who steals thimble collections, garden tools, and underwear, along with the usual electronics and jewelry.  Nevertheless, he agrees to help Kate find her missing script, and the time together sparks undeniable chemistry.

Yet, once Kate’s screenplay is back in her hands, will she return to L.A, leaving Quentin behind forever, or is their romance destined to be a blockbuster?

"I don't think you've been hanging out with the right people."

"Oh, and who would be a good person to hang out with?"

He crested a hill and the lake came into view. "Someone with a good heart and a huge..." he paused for effect, "...fascination with you."

He felt her gaze like a heated wind until she turned away. What was she thinking? She stared quietly out the car window. "Did you have anyone in particular in mind?" She chuckled and his abdomen tightened.

She seemed to hesitate, but spoke quietly, “I realize I’m kind of a little-sister figure for you, but I don’t appreciate you teasing me about this.”

Don’t tease her? Hell, if he had his way, he’d tease her all the rest of this weekend and beyond. Time to lay his cards out and make his play. “What if I’m being totally serious? What if I’m attracted to you, Kate? Always have been?”

Her mouth dropped open as she shifted to face him. “I call bull, Quentin. You can’t pretend I didn’t come onto you ten years ago, and you can’t deny you pushed me away. I was there. That did happen.”

And there it was. The biggest mistake of his life thrown back at him, and for the first time, he saw it from her perspective. She’d thought he didn’t want her. In her mind, he hadn’t found her appealing. How did he convince her the opposite had been true? He’d wanted her so badly, he’d been ready to sacrifice a friendship with the one guy who’d been like a brother to him, with the one guy who’d stood by him when everyone else had run.

The minute he saw a gravel drive on the right side of the road, he pulled off and parked the car. He turned to stare at her for a moment. Her hair was down and fell in large, loose curls he wanted to twist around his fist, and her fiery blue eyes were wide and expectant, even as her lush lips pursed and her cheeks flushed in annoyance. Like this, she was his fantasy come to life, and she didn’t even know it.

“Truth—and this might be a little vulgar, but I’m just going to say it—I wanted you that night and would have gladly taken what you were offering. Kate, you’ve always turned me on. But I couldn’t do it because Reese would have gone ballistic. He’d already told us all to keep our hands off his little sister.”

“What are you talking about?”

“That night at the lake, I wanted you. I thought I’d won the ultimate lottery when you pulled me in for a kiss, but then at the last moment, I remembered a promise made to a friend, and I knew I couldn’t do it. No matter how irresistible you were to me, I couldn’t do that to Reese.”

Her face twisted as she contemplated his words, and he was sure it was news to her that all the boys had lusted over her. He wasn’t going to enlighten her about the others, but he wanted to make his own attraction clear.

“No doubt about it, Katie. You turned heads ten years ago. And the minute I saw you in your cabin yesterday, even before I recognized you, instant attraction hit me like a log roll on the loose. I still want to know.”

“Well, seeing as I screwed it up the first time, I want to know what it’s like to actually kiss you.”

Her gaze met his. Electricity sizzled between them. His heart raced. What would she say? Would she kiss him or had he blown all chances ten years ago?

What about Reese? They were all adults now, and Kate was fully capable of making her own decisions without Reese. And, hell, Reese would surely understand.

She laughed lightly, but her eyes closed half-way, and the heat between them intensified. “I mean, what do you think he’d say now?”

“I don’t know, but I’m at the point, I’d rather ask for forgiveness than permission.”

Review is on my site, along with links to all the places I posted!