Add a Little Romance to the Holidays 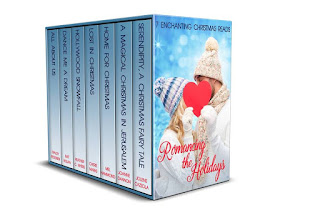 Holidays are rife with stress. Grab your hot chocolate, curl up by the fire, and give yourself the gift of love with these seven Christmas romances that are sure to fill your heart with holiday spirit.
Dance Me A Dream: Kait Nolan

Jace Applewhite is home for the holidays, helping out on his family's Christmas tree farm and enjoying some much needed downtime between semesters of grad school.  He's intrigued by the sexy and serious barista from The Daily Grind, but she's got a Hand's Off vibe that can be seen from miles away.

Tara Honeycutt missed most of her college years being single parent to her two younger half siblings.  Working multiple jobs, she's forgotten what it's like to be a normal twenty-something.  All her focus is on giving the kids some new holiday memories.

When a major gas line breaks, leaving them with no heat, no hot water, and no way to cook for Christmas. Jace invites Tara and her sibs out to Applewhite Farms.  Will a good old fashioned farmhouse Christmas be enough to get Tara to give him a second glance?

Lost In Christmas: Cherie Marks
Can you lose your heart on the way to finding yourself? Or, more specifically, finding your grandmother? It’s Christmastime, and Sunny Willis, New Falls’ resident librarian and soon-to-be doctoral expert on classical, nude art, can’t locate the woman who practically raised her. Her only hope is the deputy whose very presence makes her heart pound. Can she focus enough to avoid dilapidated police cars, flirty tow-truck drivers, and nosy townspeople so that she can be reunited with her nana?

Bennett Jamison is a fresh addition to the New Falls’ Sheriff’s Office, and he’s got a lot to prove as the newest deputy. When a missing person case arises, he wants to do everything by the book, and hopefully, impress his boss, Sheriff Quentin Taylor. Unfortunately, the girl he’s never stopped crushing on compromises his investigation and causes his thoughts to turn romantic. He needs to get over her and do his job. If she’d just stop being so damn sexy.

In New Falls, Tennessee, people and belongings go missing on a regular basis, but they usually resurface, and everything takes a turn toward love. Can Bennett and Sunny navigate their growing affections and find those who are missing before they get Lost in Christmas?

Hollywood Snowfall: Heather Myers
It's getting cold in Hollywood, so cold, there's a good chance the City of Angels will finally get snow.

Erin Sanders is content with her life. Going to community college and working part-time at the Chinese Mann Theatre fills up the majority of her time, leaving love on the back burner. She isn't expecting her life to change solely because of one movie-goer. But when that movie-goer is movie star and Erin's favorite actor, miracles can happen.

Johnny Barker just wants to see a movie he doesn't star in. He's tired of being stared at, hit on, and ogled by the general public, and if he gets one more question about his love life, he's going to lose it. When the ticket taker at the theatre treats him like a normal person - despite the flattering blush on her face when she recognizes him - he can't help but do a double take.

With the temperatures dropping and snow on the horizon, Erin and Johnny are captivated by each other enough to do the unthinkable: fall in love under the Hollywood snowfall.

Australian project manager Kiara Lonsdale is career focussed and determined to provide and care for the grandmother who raised her. Taking time off work to vacation has never been high on her agenda, but this year she’s made an exception. She’s helping her gran fulfil a life-long dream by accompanying her on a Christmas to the Holy Land tour.

Jacques Lenoir and his extended family run tours in Israel and he’s committed to their business. Jacques feels responsible for his grandparents’ welfare since they risked their lives, and others’, as operatives in the French Resistance, during the War.

But over romantic dinners in the desert, camel rides, and mud baths at the Dead Sea, sparks fly between Kiara and Jacques. Will this only be a holiday romance or will a touch of Christmas magic make it last a lifetime?
Serendipity – A Christmas Fairy Tale: Jolene Cazzola
Lauren Watson was the girl who had everything — at least that’s the way the outside world saw her… beautiful, smart, independent. She had a great job, owned her own penthouse condo, had tons of friends and there was no shortage of great-looking guys around to date.
What she hid from the world (and herself) most of the time, was how much she wanted a “special man” in her life. Raised by a single mother, she was beginning to think she’d never find the right person. Every year since she was in college, she had asked Santa to bring her a boyfriend for Christmas, but Santa had stopped listening to her requests a long time ago. And this year, even her best girl friend had disserted her for the holidays.
But sometimes, fate steps in to give Santa a little help as Lauren finds out in Serendipity – A Christmas Fairy Tale. A sexy, sensual novella that will make you believe again!

Home For Christmas Mel Hammond
When Saskia McKinlay returns to the town she was born it’s to keep a promise to her best friend, nothing more. She doesn’t care about the man who fathered her, then walked away, and with any luck she will be home in her Melbourne apartment before her mother realizes she’s gone. But returning to the outback stirs up memories Sass hadn’t realised existed, and with the memories comes questions. Was her past as neat as her mother would have her think it was or is there more to the story of the man who bore the name father in title only? One thing is for sure; Sass can’t leave again without asking him - if she can find him. Has her father walked out of her life a second time?

All About Us: Tracey Pedersen

10. Grumpiness is literally ILLEGAL during the holidays--look it up.

9.   People give you gifts--and sometimes you don't even have to ask for them.

8.   Hey! Have you seen the movie where the furry, green creature's heart literally grows? Huh? (Am I overusing the word "literally?")

6.   Mistletoe--when else would a parasite represent romantic kisses?

4.   Everyone gets to scarf down the irresistible holiday foods we love.

3.   Got to do something with all that extra whipped cream once the pumpkin pie is gone.

2.   A jolly, red-panty-wearing elf might give you something you won't forget (we're not talking Santa Clause here.)

1.   Having a holiday fling with a BOOK boyfriend doesn't hurt anyone! 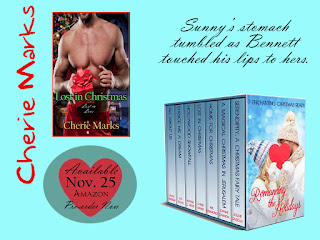