Release Day for Wicked Jackal and all The Woodland Creek Books! 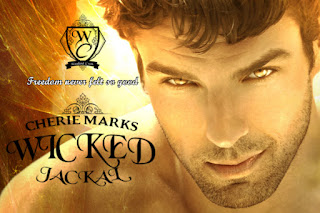 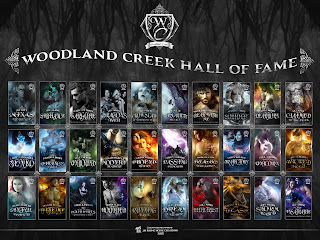 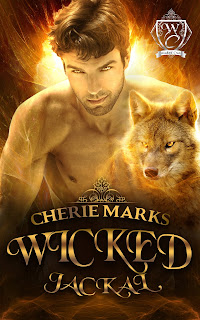 Anastasiya Petrov ran from her fate. The youngest of seven sisters and promised to one of the Princes of a rival pack, she refuses to be a bargaining chip. Instead, she flees to a remote area in the United States, changes her name to Tasia Connor, and settles into her new life.

Alex Chilikov might be an Estonian prince, but he was raised in the United States and loves it here, especially Woodland Creek, Indiana, where he's followed close behind his bride-to-be. She might be able to hide who she is from the others, but he'd recognize her scent anywhere, and he plans to use his trickster abilities to help him obtain what he wants. He wants out from under his own father's heavy thumb.

However, he's not the only one searching for her. Her father has made some dangerous enemies, and though she continues to attempt to escape Alex's protection, he'll fight to keep her safe. Tasia will risk almost anything to keep her freedom, but only if she can resist a Wicked Jackal.

Also, check out the Release Day Blitz! Make a comment on one or all of the blogs to be entered for a chance to win a gift card to the e-tailer of your choice: Release Day Party!

Finally, if you want to hang and talk books, get swag, and just have some crazy fun, join Cherie's Sensational Readers group here: https://www.facebook.com/groups/CheriesSensationals/
First cap will be 25, so click quick.