Top Ten Things Never to Eat Directly Out of the Schiller Fridge--M. J. Schiller Stops By! 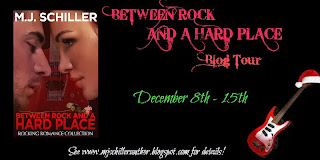 Cherie was gracious enough to host me today and then foolish enough to give me free rein over a top ten list. ;) This is the result. As we meander through the holidays we often have plenty of leftovers from the entertaining we do, so I compiled a list of the Top Ten Things Never to Eat Directly Out of the Schiller Fridge.

10) Open jars of pimentos. (I only use these for two dishes, so chances are, they’ve been in there a while!)
9) Anything that has changed forms (from liquid to solid, from solid to liquid, etc.)
8) Yogurt containers shoved to the back in order to gain access to something less healthy.
7) Anything that looks like it may have been left out on the counter for an extended period of time and then returned to the fridge, because nine out of ten times, it has.
6) Anything that can complete this sentence, “I didn’t know we had_________.”
5) Things partially wrapped in foil.
4) Anything that looks like it came from the school cafeteria where I work, unless you can match it up with that week’s calendar.
3) Anything that has an obliterated expiration date. (Hint: it’s probably expired.)
2) Half-eaten jars of salsa. (No telling when that puppy went in there!)
1)  Anything that has grown since being put into the fridge (whether it be from added ice crystals, mold, roots, or toxic gases).

Now that you’ve totally lost your appetite, how ‘bout something to read to distract you? Here’s a blurb for my new romantic suspense rock romance! 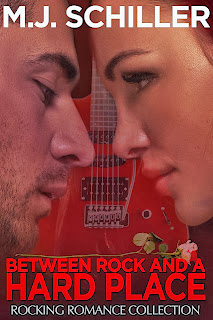 Blurb:
Heath “Hawk” McGowan is a young, single, cop and father. Jasmine Barrett is the rock star who has just discovered her best friend murdered in her own bed.  Jasmine, or “Jazz”, as her fans call her, is not at all what Heath expects when he first meets her. Anticipating having to work with a prima donna, he is surprised to find her sweet and completely unassuming, in addition to being as sexy as her onstage persona. After outlining a number of reasons why he shouldn’t become involved with her—the top reason being he is the lead investigator in the murder of her best friend—Heath finds that he can’t stop himself from falling in love.

Things heat up between the two, especially after Jazz discovers another body in the condominium’s garage, and her terror drives her closer to Heath. Will Heath be able to solve the murders before Jasmine becomes the next victim? Or will he save Jazz, but at the same time, lose his heart to her?

EXCERPT:
The brass had called Lieutenant Heath McGowan in on the case because it was a splashy, high-profile murder. He knew how to handle VIPs with diplomacy, and still not let them walk all over him. A rare talent he’d heard, especially when it was found in one so young. It was a skill he had often been called upon to put into use, as in cases like this one, in which a woman had been murdered in the condominium of the famous rock star, Jasmine Barrett.
The detective flashed his badge at the door of the condo as he crossed the threshold. His partner, rookie detective Adam Cozwell, followed on his heels. Heath was sporting a grey blazer, stretched to the maximum over his upper body, and matching grey pants. Underneath he wore a bright blue shirt with a wide collar that lent his slate gray eyes a bluish tint, something his brother had teased him about earlier in the evening.
The suit screamed cop so loudly showing his shield at the door had been superfluous, especially since he was acquainted with the uniform posted there. But, regs were regs, and he was trying to set an example for Adam.
The opulent condominium was humming with police life, as he’d known it would be. He could feel his pulse begin to beat a little faster with the excitement of a new case. Crime scene technicians were busy doing what they could to record the scene, but had been told to leave things as they were until he arrived. He said a quiet hello to those he knew by name as he passed them and nodded to those he recognized from other crime scenes. The whole time his eyes were taking in details and recording them, an attribute that had earned him the nickname “Hawk” or “Hawkeye.” Some guys on the squad would probably be hard-pressed to come up with his given name, but “The Hawk” was known in circles wide and small.
Now his keen eyes took mental note of the plush white carpeting that still had vacuum trails visible in it despite the large amount of traffic that had been in and out. He surveyed and logged in his mind, a list of the expensive looking furniture in neutral colors, along with pricey glass and wrought iron tables. Very few personal items graced the walls and tabletops, though he saw a large black and white print, perhaps an Ansel Adams, hanging on the central wall. It was an interesting shot of bare trees along a walkway lined with empty park benches.
On the large beige couch he spotted her, Jasmine Barrett, or “Jazz,” as her fans called her. She did not look at all like her press photos or videos, where she was usually clad in scanty clothing with wildly flowing hair and her legendary pouting mouth parted suggestively. Instead, she wore one of those big, fluffy white robes often found in luxury hotels, provided one had the means to stay there. Her hair was not even shoulder length, he was surprised to find. After thinking it over, it made sense she might wear wigs as part of her “image.” The color was not a flamboyant blond or red, as he had seen in the past, but instead it showed a rather staid brown color, although it was wet, which probably muted the hue some. In the call she had placed to the precinct, Jasmine Barrett had stated she had been in the shower prior to discovering the body. Some junior officers had chuckled and wolf-whistled at that, for which he felt compelled to chew them out, despite the fact he had some rather steamy fantasies about that famously fabulous body himself on the way over to the scene.
As he watched her, he noticed the slight tremble in her slender hands as she clutched a white coffee cup and then attempted to raise it to her lips. No doubt someone had slipped something in there to calm her down, but her eyes still shone with terror. She alternately glanced around at all the faces surrounding her, and then stared at the empty table in front of her. Her damp hair was wavy and slicked back away from her pale face, offsetting her large eyes and wide, red lips. She lifted those eyes and caught his for a second. Hers were an arresting shade of green. And, indeed, he felt like his heart had been cuffed and read its rights for a minute as he peered into them, but then her gaze darted away. He saw anguish and horror and disbelief in her eyes, something that never failed to strike him to the core when he met a victim. 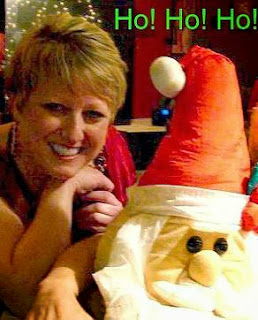 BIO:
MJ is a lunch lady in the heart of Central Illinois. My gosh, can you get more folksy than that? She met her husband at the University of Missouri-Columbia and now she has an eighteen-year-old (how did that happen?) and sixteen year old triplets! She loves to read, karaoke (where she can pretend she is a rock star) and spends WAY too much time on Facebook. She grew up in St. Louis and still has family there.

You’ll find M.J. Schiller at:
www.mjschillerauthor.blogspot.com, MJ on FB, Twitter, Pinterest, and Goodreads.
You can buy BETWEEN ROCK AND A HARD PLACE at:
BN and Amazon.

a Rafflecopter giveaway
Posted by Cherie Marks at 9:10 PM

Thank you so much for having me today, Cheri! I was surprised to wake up this morning to a world dressed in white. Big, fluffy flakes are slowly drifting down from the sky as we speak and it is beautiful!

You are hilarious MJ!

Oh, you think this is a joke? ;) I like to amuse! Have a nice snowy day, Laurie and thanks for stopping in!

Hahaha, whether this is a joke or not, it's funny. I love reading your posts. Your book sounds great too. I'll have to check it out!

Hey, I have the same things in my 'frig! The only thing you forgot is a white box from a restaurant. Who knows when I brought those leftovers home?