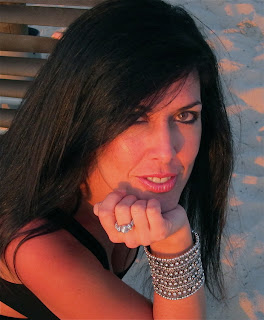 When she was 18-years-old Marisol Murano moved to the United States to attend school so that afterwards she could return to her native Venezuela to get married and have kids. None of this happened. Instead, she ended up getting a Master’s degree which eventually landed her a boring job in an exciting city: New York.

After a few years running the corporate rat race, Marisol woke up to this one day, "Even if you win the race, you're still a rat." That was the end of her banking career and the birth of her first novel: The Lady, The Chef, and The Courtesan.

Marisol was the first to be surprised when her first novel was named Latino Book of the Year, Original Voices from Border’s and was picked as a BookSense selection. She was further surprised when it was translated into several languages.

A second career detour led her to become a chef and the author of a cookbook, Deliciously Doable Small Plates from Around the World. Between novels, Chef Marisol now travels the world conducting culinary demonstrations on exotic cuisine. In fact, Valentina Goldman's Immaculate Confusion was born at sea in a split-second of confusion when during a culinary demonstration a woman raised her hand to ask: “Did you always know you wanted to be a chef?”

Life is stranger than fiction, indeed. 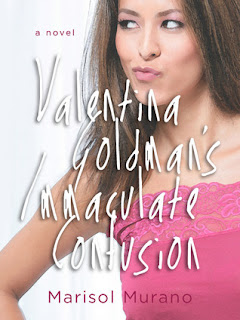 Her late husband, Max, has left her a young widow, a step-daughter whom Valentina didn’t want, and a bi-polar ex-wife. And oh, having given up her dream job in New York, Valentina is also unemployed in Arizona.

Part "Bridget Jones Diary," part "Modern Family," "Valentina Goldman’s Immaculate Confusion" is the story of a woman trying to get a handle on her whacky life in America. In breathless, blog-like snippets, Valentina compares her own story with that of her eccentric sister, Azucena, who has bizarre troubles of her own down in the tropics.

"Valentina Goldman’s Immaculate Confusion" is a funny and moving story about what happens when a passionate South American woman moves to the USA and, like so many of us, ends up with a life she never imagined.


Praise:
"A funny and quirky mix of anecdotes and life lessons. This is imbued with such a distinct personality -- one that begs you to laugh at nearly every page."
~ Emily from Goodreads


Open to anyone who can legally enter, receive and use an Amazon.com Gift Code or Paypal Cash. Winning Entry will be verified prior to prize being awarded. No purchase necessary. You must be 18 or older to enter or have your parent's permission. The winner will be chosen by rafflecopter and announced here as well as emailed and will have 48 hours to respond or a new winner will be chosen. This giveaway is in no way associated with Facebook, Twitter, Rafflecopter or any other entity unless otherwise specified. The number of eligible entries received determines the odds of winning. VOID WHERE PROHIBITED BY LAW.

a Rafflecopter giveaway
Posted by Cherie Marks at 6:10 PM

Email ThisBlogThis!Share to TwitterShare to FacebookShare to Pinterest
Labels: Book Blast, Giveaway, I Am a Reader Not a Writer, Marisol Murano, Valentina Goldman's Immaculate Confusion

You never know where life will take you. One day you have plans to do this and that, and then it all gets spun around. You certainly have life experiences to draw on for your books.