Hey you sixy-sixers! I'm happy to be participating in SSS again this Sunday. It's been awhile. I've been hanging out at my alter ego's blog, but got to give love to both, so woo hoo! Let the sixing begin.

Today, I'm sharing from a wip I've been lovingly calling "Slow Simmer." This is Maria and Hank's story. These two were the secondary characters in my short with TWRP, "Into the Fire." And this story picks up a year after that one, after a very hawt one night stand. Hank shows up to the restaurant where Maria is the head sous chef to film an episode of Restaurant Rescue, where a crew comes into a restaurant to save it from ruin. Needless to say, Maria's not happy to see him.

Ah, scummy, scum, scum! He’d seen her trying to sneak out the back door. There was no denying the situation now, so she turned and gave a huge smile and a dorky half-circle wave. “Hey, Hank. Been a while, huh?”

I love these characters and this story so far.

Read more Six Sentence Sundays here, or sign up to participate next week. Hope you have an enjoyable Sunday. 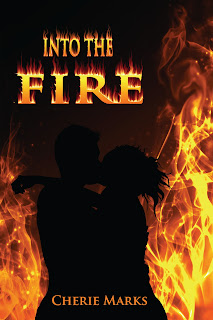 Months after he stole her affections—then her executive chef position—Shyann and Luke meet again under sizzling circumstances, competing head-to-head on a televised cooking show called Kitchen Twist. Each arrives with a motive: Luke intends to win back Shyann’s heart, even as she wants closure on the not-so-tasty heartbreak he once served up.

Luke knows culinary masterpieces require a delicate touch, but that knowledge is tossed out with the leftovers as he works to show Shyann he’s not such a bad guy. Now he pushes his skills to the limit to win the competition and satisfy a bet.Can two top chefs resist each other as they move out of the pan and into the fire?
Posted by Cherie Marks at 4:56 AM

I love the awkwardness of this. So realistic, and I feel for her. Terrific six.

LOL. I love her reaction!

Great six...sounds like this will be a fun story!

Love the spunk in your heroine! Great six!

This story sounds amazingly good - her reaction in today's six was priceless.Can't wait to read the whole thing!