Mercy is LIVE on Amazon! 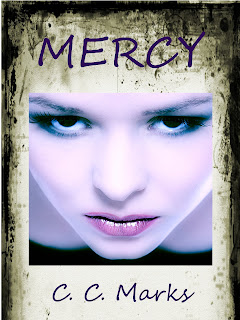 Everything went pretty smoothly, and I have to thank the Indie Romance Ink Yahoo loop and the awesome folks with Kentucky Indie Writers.  Without them, I don't think I would have ever attempted something like this.  If you're interested, I'll put the various links below.  Currently, it is $.99 at Amazon and free at Smashwords, but don't download from B&N, Kobo, or any other retailers until the expanded edition is available.  The expanded edition is about 9800 words and the flash fiction piece is about 1200.  So, make sure you pay attention.

Anyway, here it is for the world to read:

Charlie’s true identity is a secret, but her very presence places everyone around her in danger. With no other choice but to remain where she is, she stays with a community that might not be as benevolent as it appears. In this short dystopian romance where a friend might be an enemy and an enemy might be a friend, seventeen-year-old Charlie must protect her baby sister and herself from grotesque monsters outside the community as well as human ones inside. Will the truth she discovers about her protectors save her or ultimately doom her to a fate worse than death?

It sounds great! Can't wait to read it :) Congrats hon!